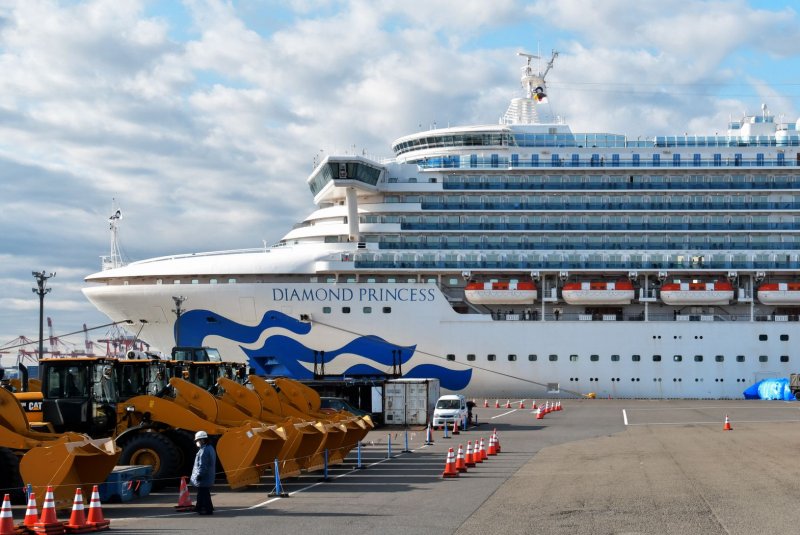 The quarantined cruise ship Diamond Princess is seen in Japan in 2020 during the outset of the COVID-19 pandemic. The ship will be the subject of one of the upcoming documentaries from Peacock. File Photo by Keizo Mori/UPI | License Photo

Aug. 26 (UPI) — Streaming service Peacock announced Friday that it will be hosting a virtual documentary “festival” featuring original titles from the platform.

Titled “DocFest,” the six-week festival will see a new original documentary streaming on Peacock each Wednesday from Sept. 14 to Oct. 19.

“Peacock continues its commitment to shining a spotlight on real-life stories deserving of a platform,” said NBCUniversal’s executive vice president of unscripted content, Rod Aissa. “We hope that the launch of DocFest will habituate audiences into coming to Peacock for their weekly fix of quality documentary content presented by some of the industry’s leading creatives.”

Peacock also announced the full lineup of documentaries, which will cover a variety of subjects.

Sept. 14 will see the release of Hell of a Cruise, a documentary film chronicling the passengers of the coronavirus-stricken Diamond Princess cruise ship in January 2020, and the overall impact on the cruise industry at the beginning of the COVID-19 pandemic.

On Sept. 21, Shadowland will premiere, a six-part series that will investigate conspiracy theories across America, including anti-vaccine propaganda and the issues surrounding the Jan. 6 insurrection. The series will be inspired by reporting from The Atlantic magazine.

The Sept. 28 premiere will be Sex, Lies and the College Cult, an in-depth look into an abusive sex cult at Sarah Lawrence College in Bronxville, N.Y. The film will examine allegations of abuse, extortion and sex trafficking that reportedly lasted for decades.

On Oct. 5, Peacock will begin streaming Prince Andrew: Banished, the behind-the-scenes look at the former Duke of York, and how his scandal with sex offender Jeffrey Epstein rocked the Royal Family. The documentary will feature first-hand accounts of Andrew’s actions.

Oct. 12 will see the release of I Love You, You Hate Me, a two-part show that will look into the children’s program Barney & Friends and the fallout from those who hated it. From “Barney-bashing to frat parties to homicidal video games,” the show will uncover the dinosaur’s dark past.

The festival will conclude on Oct. 19 with The Rebellious Life of Mrs. Rosa Parks, a documentary film based on a biography of the Civil Rights icon. The film will examine Parks’ decades-long fight for equality, while also shedding light on unknown parts of her story.

On This Day, Oct. 2: ‘Peanuts’ published for first time

On This Day, Oct. 2: ‘Peanuts’ published for first time