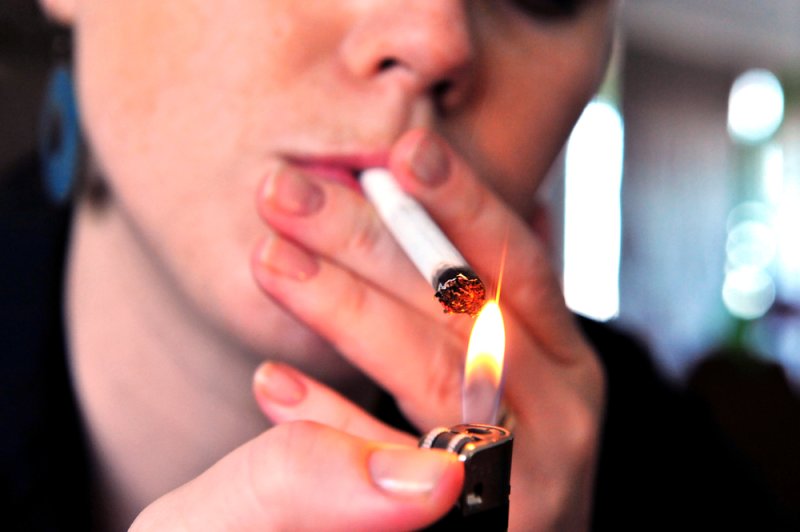 Sept. 16 (UPI) — Yale University researchers have found that thirdhand cigarette smoke can expose non-smokers to a wide range of toxic or carcinogenic compounds even over long periods of time after smoking occurs.

Thirdhand smoke, according to the researchers, is residual contamination from cigarette smoking that is slowly off-gassed, or released into the air.

According to the study, thirdhand smoke persists in locations where smoking previously occurred and can be transported into non-smoking environments, leading to non-smoker exposure.

“The tobacco smoke particles represent a concentrated reservoir of all of these chemicals that will release over time, and the results show that can continue over days — and in many cases much longer — for a wide range of chemicals that are slowly off-gassed,” Dr. Sheu said.

The study found that once deposited on clothes, furnishings, bodies or in airways, thirdhand smoke particulate matter can release a wide range of gases that can persist for long time periods.

The researchers also found that these harmful gases can spread to other places and persist indoors.

The study results also showed that while the focus was on cigarette thirdhand smoke the results are “also relevant” to other combustion emissions related to indoor air quality. They include cooking, outdoor wildfire smoke impacting indoor air, vaping, water pipe tobacco smoking or humidifiers.